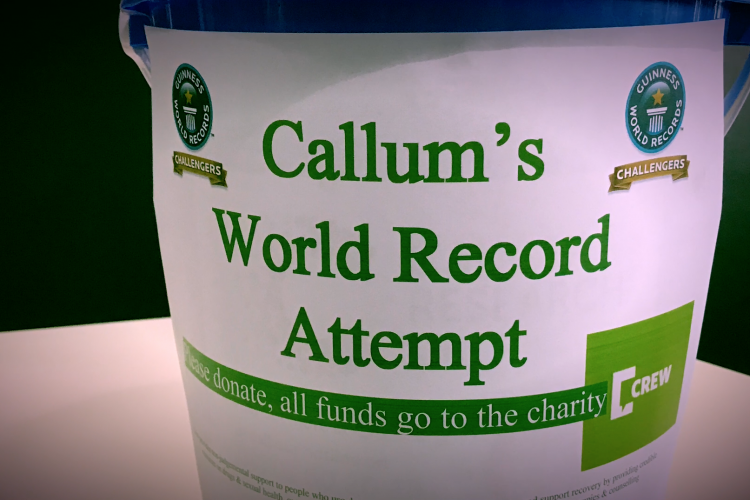 There are some who really do raise the bar in their fundraising efforts to support a Great Cause.

Let me focus on Callum Black from Pure Gym Ocean Terminal, mainly because I have a cracking wee video to share of him…

Callum not only motivated his staff team to get behind our 2017 great cause Crew, but leading by example, he managed to encourage a selection of them to take on some pretty wild challenges to raise extra cash.

The theme was world records, and one effort was to crush to the most watermelons in a minute… between thighs. Yup, it was as astonishing as it was gruesome.

Callum is singled out here though not only as team captain, but team as team “crazy” as he embarked on a world record attempt for the most burpees in a day. There was a sense that he was in no way prepared or perhaps even capable of this, but let’s not let technical details get in the way of incredible ambition and of a fantastic story (he didn’t). A story best told I think by this little film…

We salute you Callum, you didn’t have a chance but you went for it anyway for a Great Cause. True grit!

Related Articles
Rough Runner Scotland 2018 for Crew!
Crew AGM 2017- thank you to the fundraisers
Running with the Crew Warriors